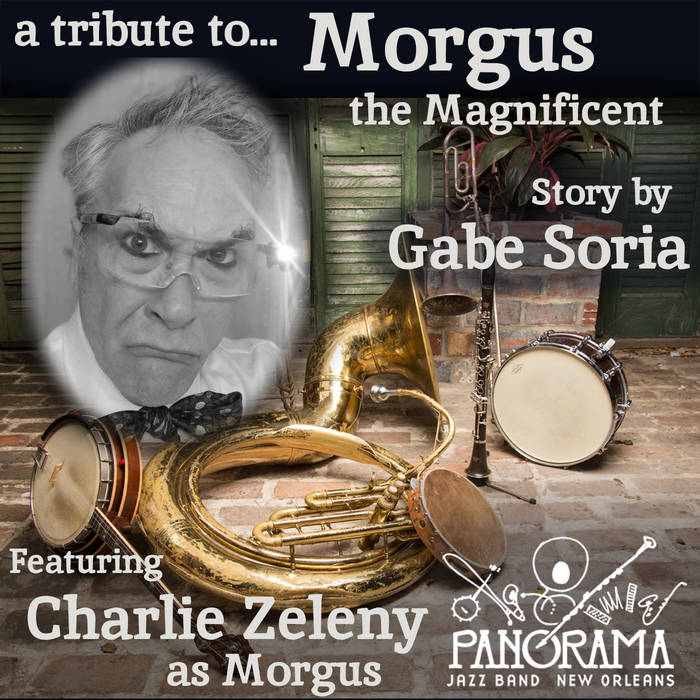 Hey Gang! We’re dropping this one a day early to give you (I am not going to say “spooktacular”) a fun, funny, slightly creepy Halloween surprise.
I didn’t grow up in New Orleans but everybody who did remembers Morgus the Magnificent. According to Wikipedia, Dr Morgus (played by the late Noel Rideau) was the fictional host of WWL-TVs “House Of Shock” on Saturday nights. He would shoot little funny vignettes to run before and after the night’s menu of horror and sci-fi films. In one episode that I recently watched on YouTube, he rigs up a device to lure mosquitos to their death then squeeze out the blood and feed it to local vampires.
In addition to the Morgus theme song (originally recorded in 1959 by Frankie Ford and Mac Rebenack), I wanted to give you a mini-episode of the TV show. But after a few weeks of puzzling over the script, I still didn’t have any good ideas. Then came a “EUREKA” moment when I remembered that my good buddy Gabe Soria writes comic books and TV episodes. He could probably help me. He answered my distress call, loved the concept and said, “gimme 30 minutes.” Sure enough, a half hour later I had a draft in my inbox that gave me the structure I needed to organize the music.
I met Vermont-based inventor and performing artist Charlie Zeleny when we were both teenage dudes in Maryland figuring out who we were. We instantly recognized each other as kindred spirits by our niche sense of humor, a love for vocal harmonies and unconfined creative expression. We went on to be college roommates, formed a musical act and spent literally 24 hours together on some days. While I went into music, Charlie followed science and performance. He was the natural call for this project, tracked his lines from his home studio, sent them to Lu (Rojas, our mixing engineer) and we put everything together this afternoon.
Look out for spooks tonight, go easy on the candy and enjoy your new Panorama track!
Thanks for listening and for your continued support,

Morgus The Magnificent
On Saturday nights when we go for a date
My Baby and I just sit and wait for
Morgus, the Magnificent

He’s got shaggy hair and a graveyard stare
With vampire blood spilled everywhere that
Morgus, the Magnificent

If you want a thrill, turn the lights down low
Get set for the ghoul who’ll steal the show that
Morgus, the Magnificent