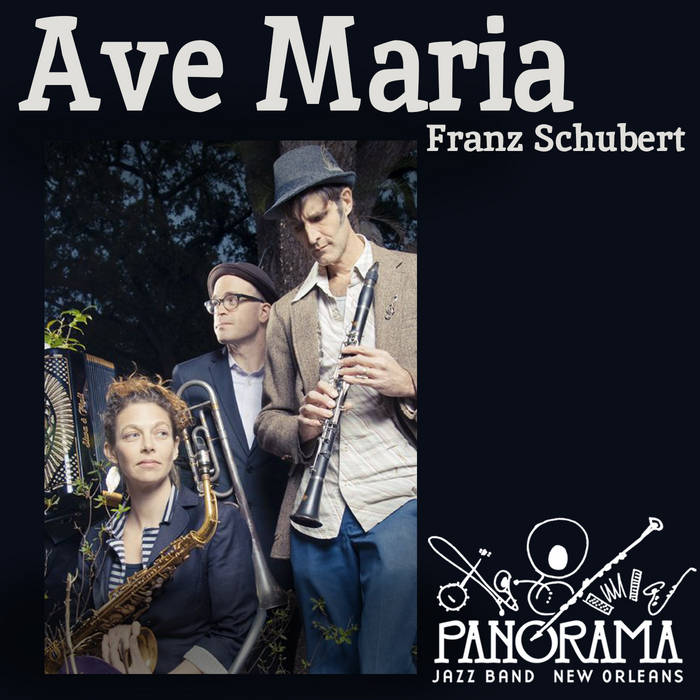 One of our last jobs before the lockdown was a wedding on March 14th, 2020.Fast forward to March 6th where we found ourselves playing our first wedding in nearly a year. It was an intimate affair at a Garden District bed and breakfast - just the bride, the groom, their families, the officiant, caterers and us.

A courtyard is one of the best possible acoustic situations for Panorama. There's an ambience with being outdoors, often a gentle fountain plus four walls to contain the sound. You don't have to push, you can just play the music, blend with each other and everybody hears everything. They had us set up in a corner away from the guests and we were able to sit down, get comfortable, spread out a little, and do what we like to do, be together and create moments.

The bride had two song requests, one for the processional and one for their first dance. We'll send you the first dance in August but today's offering is the music we played as the wedding party walked in followed by the lovely bride in her understated, very elegant gown: Franz Schubert's "Ave Maria."

You're probably already familiar with the original version, often performed by soprano with piano accompaniment. It has an effective though unobtrusive bass part with a beautiful Bach Prelude-style story told by the right hand running the chord changes in a lilting triplet figure. And the vocal line could literally be one of the most beautiful melodies known to humankind.

But the world doesn't need another recording of Ave Maria. Unless...

What if we were to do it like a slow dance from the 1950s? Belly rubbin' music. To that end our accordionist, Michael Ward-Bergeman, created a stripped down version of Schubert's arpeggios, we added banjo chords and snare drum clicks on the afterbeats and brought alto sax and trombone in with sustained tones behind the melody at climactic moments. On the repeat of the tune, Aurora takes the first half before I come back in to bring it home.

Grab your special one and treat yourselves to four and a half minutes of smooching.