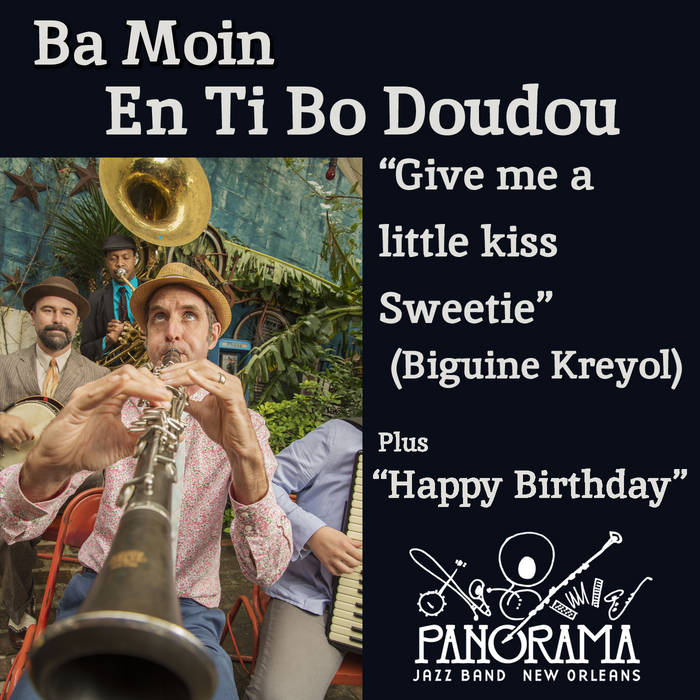 Happy New Year, we did it. Together we have reached the break even point and your personal jazz band is now able to continue creating and releasing new music for you without losing money. Thank you. Let's celebrate!

Recorded in a hastily arranged session on Wednesday, December 28, this has been our quickest turnaround yet. Once it became suddenly clear that we would indeed reach the break even point in 2016, we knew we had to get something together by January 1st. And for this one we've pulled out all the stops.

"Ba Moin En Ti Bo Doudou" ("Give Me A Little Kiss Sweetie") is another of our Creole beguines that we play at damn near every gig. This party includes a run down of the melody, a quick version of "Happy Birthday" (which has the same chord changes - play it at your next birthday bash!), a trombone solo, an alternate version of the melody played by two clarinets, and a percussion throwdown, before the clarinets recap the head (up a whole step) and take it out.

Y'all are beautiful and we love you! Again, with gratitude, happy new year. Let's be sure to get together in 2017.