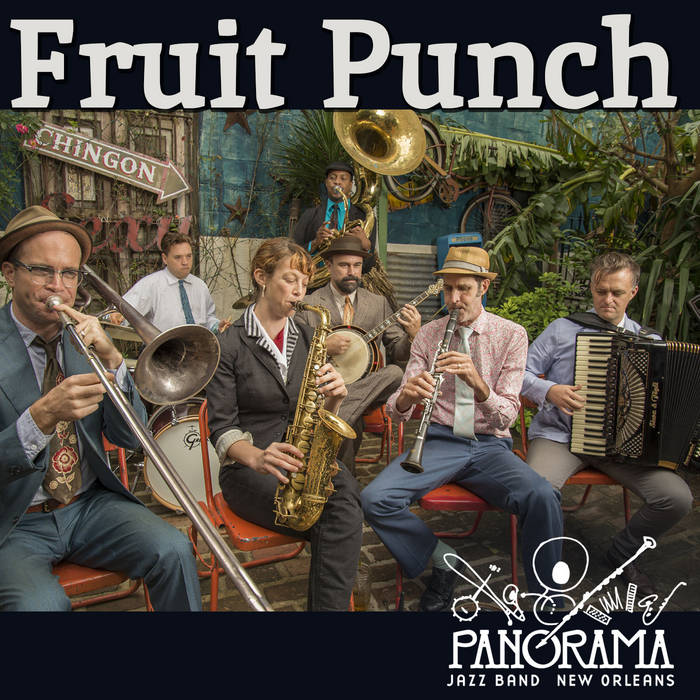 Ed Frank (1932-1997) was a New Orleans pianist who cut his teeth in the teeming R+B scene here in the 1950s. He played at the fabled Dew Drop Inn on LaSalle Street and, as an anchor of the house band, contributed both performances and arrangements to hundreds of sessions produced by Dave Bartholomew and others at Cosimo Matassa's J+M Studios on Rampart Street.

Over the course of his career spanning five decades, Mr Frank worked with a long list of notable musicians including Tommy Ridgely, Bobby "Blue" Bland, Junior Parker, Chuck Carbo, Dr John, The Dirty Dozen Brass Band and Snooks Eaglin among others. He also sat in frequently on Kermit Ruffin's Monday Night Jam Session at Little People's Place in the Treme neighborhood where Panorama clarinetist Ben Schenck got to know him.

Fruit Punch is one of Frank's compositions that Ben learned sitting in on Kermit's gig back in the early 90s. The entire B section hangs on a V7#9 chord, not resolving to the I until returning to the top of the form. This creates such a feeling of suspension that Kermit's guitar player at the time, Jonathan Freilich, remarked, "you could eat a sandwich on the 5!"

But here's an example of Mr Frank's irrepressible spirit and creativity. When he was in his mid 20s, he suffered a stroke that left his left arm and hand partially paralyzed. He played everything, bass, chords and melody all with his right hand. Even so he was, right up to his death, one of the most sought after pianists in New Orleans.