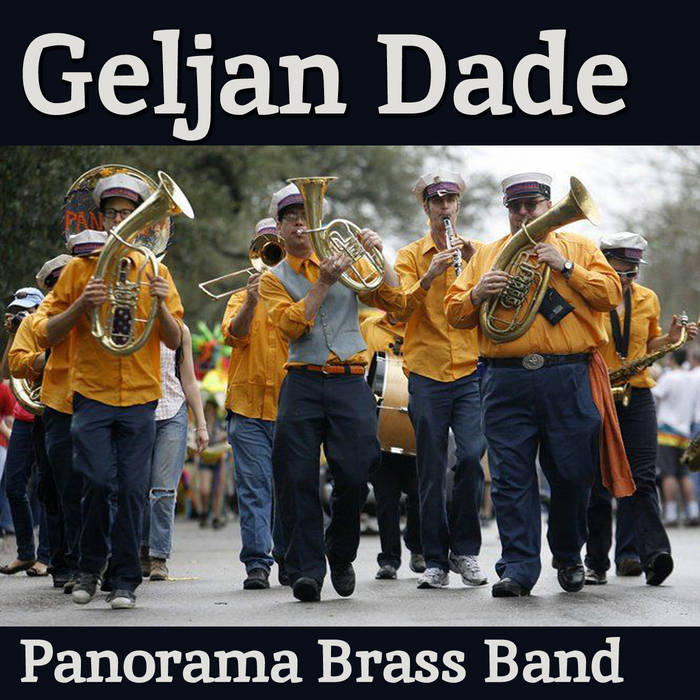 If you've never been to the Mardi Gras in New Orleans, all we can tell you is that a lot of people's preconceptions are wrong. While it's true that there can be found drunken frat boys on Bourbon Street, that scene is not what Mardi Gras is about.

The music of mardi gras, of course, is the party starter but our angle on it has been to listen to how the same instruments are used for the same purpose in various other cultures and do our best to bring those parties to the streets of New Orleans.

Geljan Dade (pron. "Ghel-yan Dah-day") was brought to the Brass Band by accordionist and alto horn man Patrick Farrell. Although the song's origin is unknown to us, it was popularized by the late Serbian-Romani (Gypsy) vocalist Šaban Bajramovic, from the southern Serbian city of Niš.

The title means "Daddy is Gone" in Romani and refers to the singer's father having traveled to America. Geljan Dade has been performed and recorded by bands around the world and Patrick's arrangement is based on a recording by Orkestar Bakije Bakica from Vranje a small town also in southern Serbia.

Panorama Brass Band has gotten a lot of mileage out of this tune for the past several years. It has become a Mardi Gras favorite of our dance team, the Panoramblers, as well as our mother-krewe, the Saint Anthony Ramblers.

And if you have been to the Mardi Gras in New Orleans but you haven't heard us play, it isn't too late. Come on out and if you see us, HOLLER!