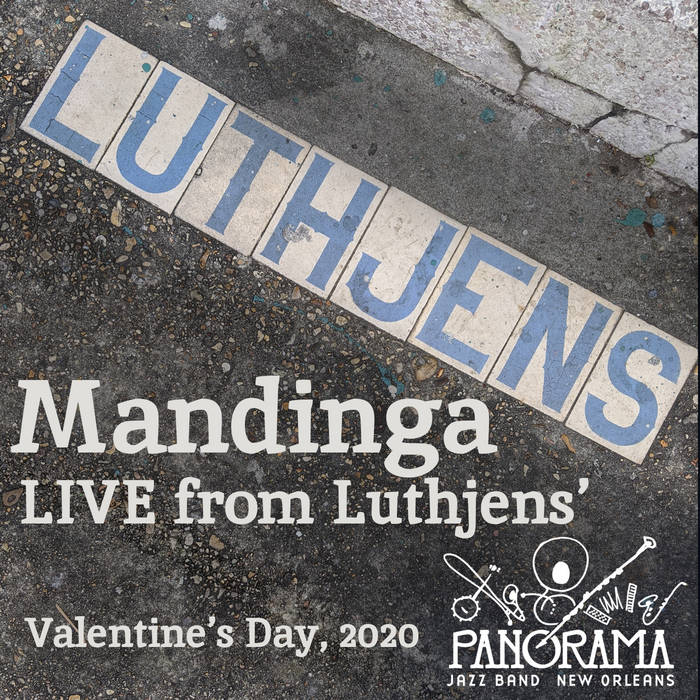 Hi Folks. Well, today is the day we would be playing for you at the JazzFest (aka New Orleans Jazz and Heritage Festival). Hopefully next year.

In the meantime, here's a tune we would almost certainly have included on that set list. We've done it at damn near every gig since we started playing it many years ago. "Mandinga" is originally a piano composition by the Brazilian composer Ernesto Nazareth (pron. "Nazaré," 1863-1934). Like many of his contemporaries all over the western world, Nazareth wrote formal concert music that drew on various local folkloric styles. He wrote many compositions in the style of the Brazilian choro or maxixe. Many of you will recognize his "Brejeiro" if you look it up online.

Since we haven't been able to get in the recording studio for many weeks, I've been sending you tracks from a gig we played on Valentine's day at the old Luthjens dance hall on the corner of Chartres and Marigny. At first I was reluctant to use this recording of "Mandinga" because it also appears on our 2013 live CD, "Dance of the Hot Earth" and I figured it would be redundant. But when I gave it another listen, I was so taken with the vibe and the way it unfolds from start to finish that I thought you'd really like it.

It's also really interesting to compare the two versions and see how Panorama has evolved since we recorded the earlier one at the Old US Mint on April 25, 2012. Of the seven players on today's version, three of us, Doug Garrison (drums), Charlie Halloran (trombone) and myself (clarinet) play on the earlier version.

Everybody take real good care of yourselves! Stay indoors, wear your mask when you do have to go out. Wash your hands. We'll all get together to celebrate once this whole thing is over.

And, as always, thanks for your support.
Ben
Panorama
NOLA