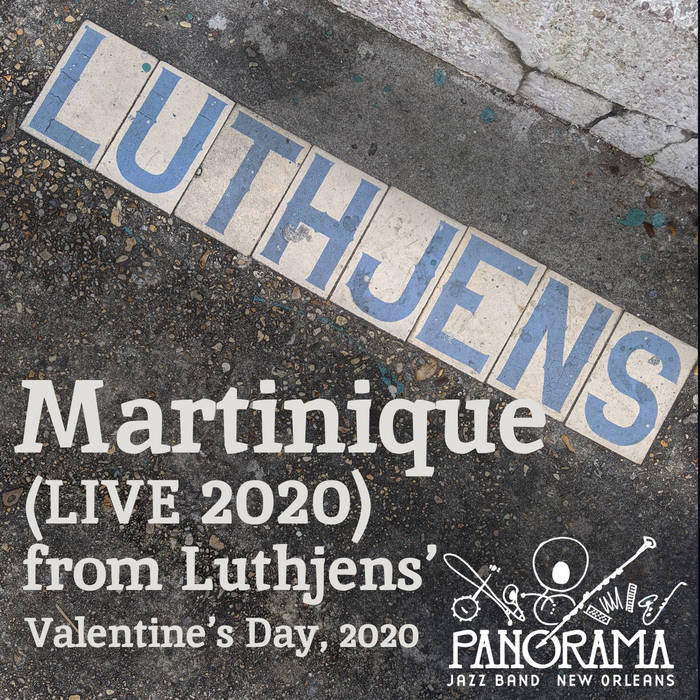 This month marks 25 years since Panorama's first gig, a wedding at the Pitot House over by Bayou St. John in November 1995.

Your Panorama track for November 2020 is a passionate yet calm conversation that toggles back and forth between minor and major sonorities. Just the vibe we need in the days heading into the election.

"Martinique," a habañera by Creole clarinetist Eugène Delouche, is a number that has been in our repertoire since that first gig 25 years ago. I originally learned it from ragtime pianist Scott Kirby when he and I were in a band together, The Bald Faced Liars, for about six months in 1994.

Actually, as you may know, we've already released "Martinique" twice before. Perhaps you've heard the studio version from our third album, "Come Out Swingin'" (2009) or our other live version on the CD, "Dance of the Hot Earth" (2013). This one was recorded before a live audience at the old Luthjens' Dance Hall (corner of Chartres and Marigny) on Valentine's Day just before the virus hit.

It has, to my ear, a particularly magical tempo and tone - an almost visual tableau that unfolds beat by beat. From the intro tuba vamp the ensemble creates colors, lines and shapes that shift among the various instruments and personalities of the group. Be sure to listen to what is happening behind the soloist from one moment to the next. After the grand tutti, when the clarinet finally joins in, Byron takes a moment of suspension on alto saxophone before the band, ending with a recap of the opening vamp and a nebulous chord, leave us in a state of peaceful ambiguity.

Thanks for listening and for your continued support. I hope these tracks help you get through these days and months of COVID and political uncertainty. Keep breathing.