Panorama Jazz Band - Miss The Mississippi And You 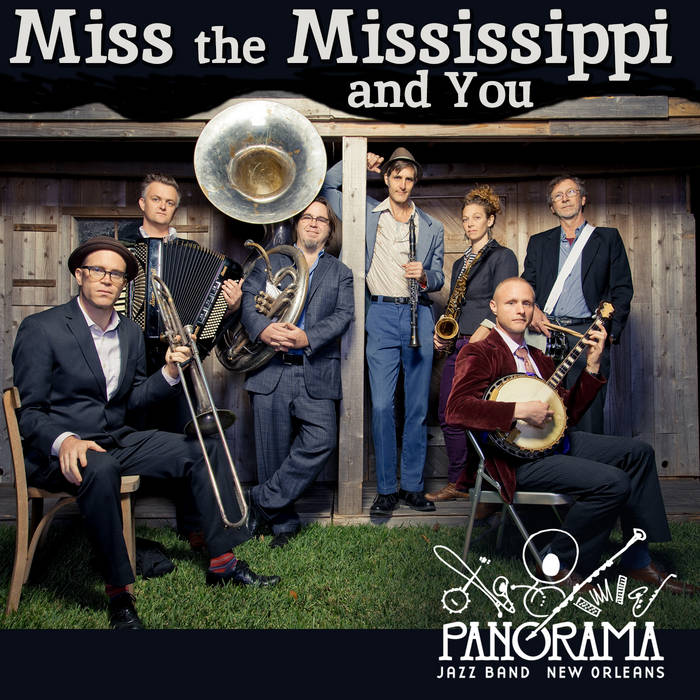 We were hired to play a wedding a few years ago and the couple had one request. For their first dance they wanted a waltz originally recorded by the great "yodeling brakeman," the father of country music, Jimmie Rodgers (1897-1933). "Miss The Mississippi And You" is a sentimental ballad in which the singer, exiled to the big city, longs for his home and his sweetheart back on the banks of the Mississippi River.

Jimmie Rodgers was born near Meridian, MS, his father a foreman on the Mobile and Ohio Railroad. Working as a water boy and later a brakeman on the New Orleans and Northeastern Railroad, he learned to sing and play guitar from the other workers and hoboes he lived and worked among. After contracting tuberculosis, he was forced to give up the railroad life and eventually set out as an entertainer. His big break came in July 1927 when he auditioned for the Victor Talking Machine Co. in Bristol, TN and was recruited to record in Camden, NJ the next month. In his following session for Victor, Rodgers recorded a song, written with his sister-in-law Elsie McWilliams, called Blue Yodel (aka "T For Texas"). This record sold half a million copies, launched his career and made Jimmie Rodgers a household name.

Our version of "Miss The Mississippi And You" (which Rodgers recorded shortly before his death) features a vocal by Panorama front-man Ben Schenck (with additional lyrics written by Ben) plus, for the first time, resonator tenor guitar with dobro overdubs by Georgi Petrov and string bass by Martin Masakowski (instead of our usual banjo and tuba).

Thanks to New Orleans fret man Matt Bell who loaned us his brand new tenor guitar before he even had a chance to get his hands on it!

BTW, we're indebted to Wikipedia (and contributing writers) or information used in these liner notes. Panorama donates to support their work and you can too!

Verse:
I'm growing tired of the big city lights
Tired of the glamour and tired of the sights
In all my dreams I am roaming once more
Back to my home on the old river shore

Roaming the wide world over
Always alone and blue, so blue

Verse (spoken):
When you live in the city, you end up making all kinda horrible sacrifices
You're unable to connect because you're wedded to your electronic devices!
(sung)
All's I want is to take the canoe,
float down the river and snuggle with you

Roamin the wide world over
Always alone and blue

Longing for my homeland, muddy water shore
Miss the Mississippi and you