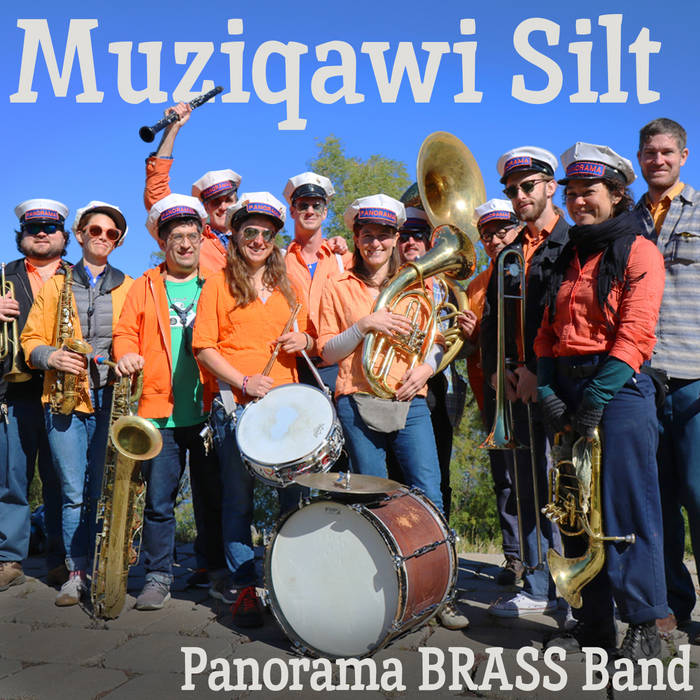 Many years ago a friend approached me at the Spotted Cat, handed me a cassette tape and said, "here's some really interesting Ethiopian jazz. Y'all might like to play some of these tunes." The album was called "Ethiopiques" and the music was indeed very cool - free, flowing and with a much different rhythmic and harmonic sense than most American jazz. According to Wikipedia (which Panorama frequently relies upon and supports financially), there has been a lively jazz scene in Ethiopia's capital city Addis Ababa since the sixties. Apparently, back in the day, much of the action centered around the International Hilton and, among the featured acts, the main one seems to have been The Wallias Band, fronted by vibraphonist Mulatu Astatke. I really recommend checking out any of those Ethiopiques CDs.

Now, you may already know the name Patrick Farrell as he has appeared in these liner notes on several occasions. He was our full-time accordionist in Panorama Jazz Band from 2002 until Katrina (have a listen at our first two CDs, "Another Hot Night in February" and "Panoramaland"). His house, just a few blocks from mine, took about 4 feet of water and he moved to New York City. But he has returned to play alto horn with Panorama BRASS Band at Carnival many times. In the last couple of years he has fallen in love, relocated to Berlin, gotten married and just became a papa last Fall!

Your Panorama track for March 1st, 2021, is our reading of one of the Ethiopiques tunes, "Muziqawi Silt" ("The Art of Music," by Wallias Band guitarist Girma Beyene) which Patrick transcribed and brought to the brass band a couple years ago.

I also want to spotlight another Panoramaian, trombonist Jon Ramm. He came along several years ago and quickly made himself very useful in both the Jazz Band and the Brass Band. You will have heard him on several of your Good Music For You tracks including "Dansez La Mazouk," "Towtruck Chocheck," and "Je Te Veux." Well, he and his girlfriend Samantha got married during the lockdown and have decided to pursue other avenues out in Santa Fe. So, before he split town, I wanted to write a background accompaniment in the middle of this tune for him to do his thing. Check him out at 1:50 where the band breaks it down and Jon stretches out for a couple minutes.

Huge thanks again to Devin Dewulf and others in the Krewe of Red Beans/Dead Beans who paid for this recording as well as Rusty Lazer and the gang at the Music Box Village who obligingly hosted the session.