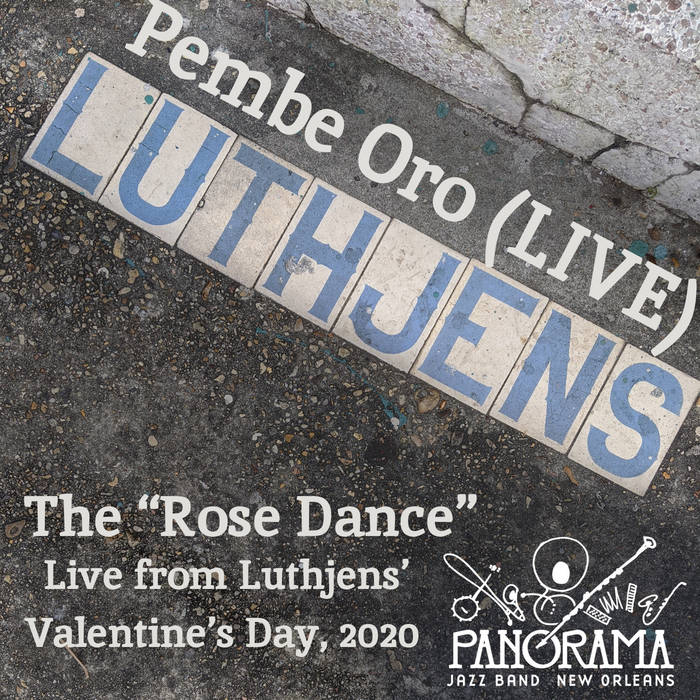 Such a relief to have made it through 2020... Let's take a moment though to remember those who didn't. May their memory always be for a blessing. And for those of us who are able to carry on, let's give thanks and use our remaining years to make the world a better place. My pandemic mantra has been "any amount is a victory!"

Today's offering is a Macedonian dance that I honestly don't know much about. I'd heard it around the world of Balkan music and really dug its happy, regal vibe but it took the arrival of Matt Schreiber, our accordionist from 2013-'17, to actually bring it into the band's repertoire. While the present version is recorded live, you may recall we released a studio version in June of 2016 with a 5 piece group featuring Matt and banjo man Georgi Petrov.

You can compare the two (and let me know how they feel to you). I will say that the 2016 version has two players who have both devoted a lot of time and intention to mastering various styles of Balkan music. And it shows. But for the rest of us on that track, we were pretty green and had only just learned the tune for the recording session. By the time we recorded it at Luthjens' back on Valentine's Day, however, we'd been making a party with it for 4 years.

"Pembe Oro" is one we're always excited to play and it never fails to get the crowd dancing. So I think you'll notice a feeling of freedom and joy that is less apparent in the earlier version. Check out epic solos from Panorama's current accordionist and banjo man, Michael Ward-Bergeman and Gary Washington plus a lovely, stylistically on-point and always engaging turn from Byron Asher subbing for Aurora on alto saxophone.

At this time, I'd like to thank a few people and I'll begin with Julian Mutter, the owner of Luthjens' Dance Hall, and Rick Nelson, the owner and engineer at Marigny Recording studios housed in that building. Had it not been for them, for that Valentine's party and for their willingness to allow us to share these tracks with you, our song-of-the-month club may have died of COVID many months ago. Today's selection is our sixth harvested from that session and you can imagine how grateful I am to have had all that good material in the can during these difficult times.

I'd also like to acknowledge and thank Lu Rojas, our studio engineer. Lu has recorded most, plus mixed and mastered pretty much all, of our monthy releases since 2016. Lu is a working musician and he also engineered for Allen Toussaint. Over the years he and I have pondered over thousands of musical details together and he digs in a deep way what Panorama is all about. His skill and hard work have kept our output consistent and consistently improving from day one.

Speaking of keepin' on, give it up as well for Matt Perrine who holds down his tuba vamp without missing a beat (and seemingly without taking a breath) for a full four minutes and 10 seconds behind the solos! (Listen from 1:45-5:55.)

Here's hoping 2021 is better. There are definitely some positive signs.
Thanks for listening.
At your service,