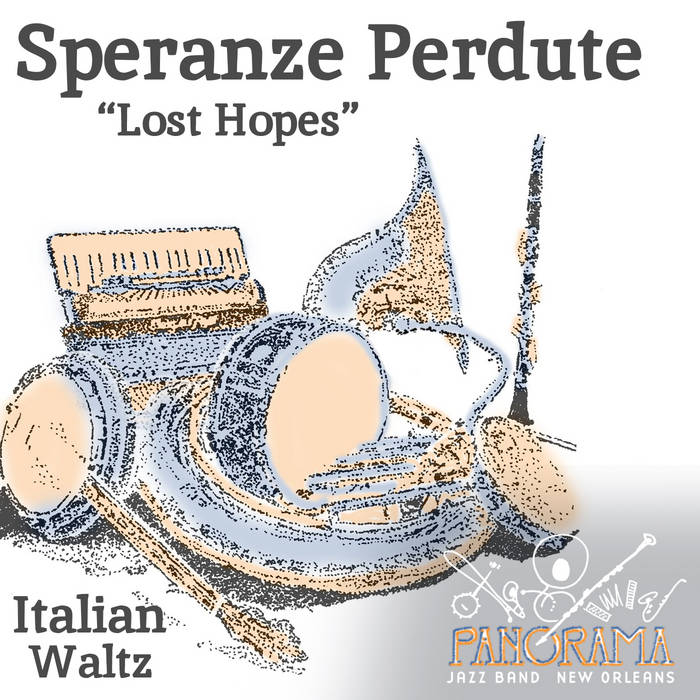 I wish I could remember who turned me on to the Hot Frittatas, a trio from San Francisco who specialized in Italian folk and popular music. I have three of their CDs ("Invitation to the Dance," "What's Next" and Caffe Liscio") which I highly recommend if you dig listenable, memorable, danceable, acoustic, traditional, instrumental music like I do. You can find all three titles on CD Baby.

Here I'll refer you to an article written by Frittatas fiddle and mandolin player, Gus Garelick. He says that "Speranze Perdute" ("Lost Hopes") is "the title of a popular Italian waltz, written some time in the early years of the 20th century by Alessandro Morelli. The tune has been a fixture of mandolin players and fiddlers for over a hundred years, initially in Italy, but also in France (where a French edition was published in 1927) and in Italian communities throughout the United States."

Gus goes on to say that "the title of this waltz refers to a longer quotation which many elder Italians have quoted to me: 'Hope may be lost, but it never dies.' The waltz is often played at Italian weddings, which seems a little ironic given its title. Legend has it that the tune was written for a young man who thought he had lost all hope of winning his true love. But fate intervened, they found each other at last, and (hope for us all) lived happily ever after."

I based my arrangement on Gus's but tweaked it for Panorama. Like our last 3 releases, all recorded back in June ("Time is Tight," "Miranda" and "I Almost Forgot About The Blues"), we did this one without saxophone or trombone. You'll hear the lead line passed around among the accordion, clarinet, banjo and tuba. In his arrangement, Gus replaced an A7 chord in measures 2 and 18 (as recommended in the sheet music) with a darker Eb chord. We kept the one in measure 18 but used a C# diminished chord in measure 2 which includes notes from both the A7 and the Eb.