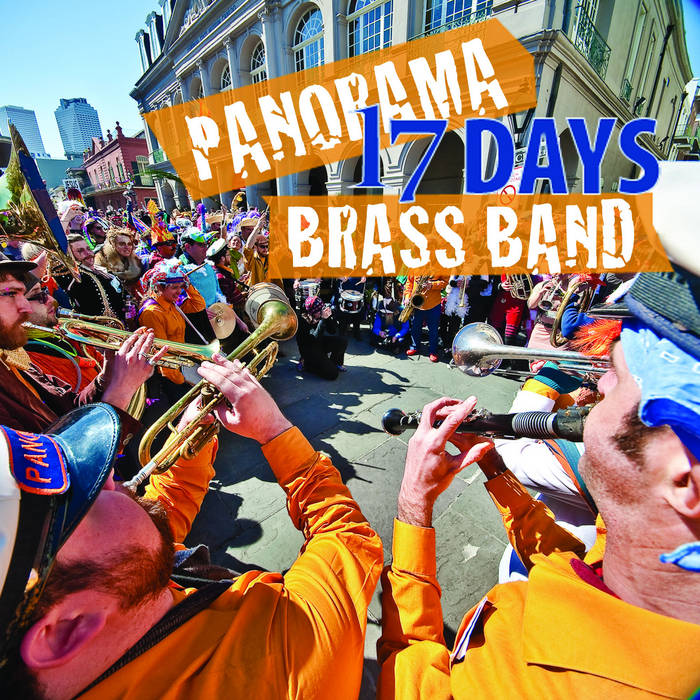 It begins on some Saturday in January or February when we line up back in the Faubourg Marigny for the start of the Krewe Du Vieux parade. It's chaotic, it might be freezing or just cold, somebody's running late, we gotta find out our float position and text it to everybody in the band. The cats gradually accumulate behind the krewe then all of a sudden we're rolling out, we strike up and the party is on.

From that moment until 3pm on Fat Tuesday, two and a half weeks later, our small tribe of orange and blue clad musicians will be hustling around town making it to a line-up or to a club just in time to hit the downbeat. And then there it is; that sound.

That sound, when everybody is in position, we count it off and hit it, is what gets us down the street from start to finish. That's what makes us keep blowing even after the point, halfway through the first couple parades, when our chops give out.

That sound has been captured here in a recording session at a house in Mid-City during a brief lull in the parade schedule. Two days beforehand New Orleans had elected Mayor Landrieu and the city witnessed a jubilee the night before when the Saints won the Super Bowl and the streets filled with ecstatic revelers. It was an extraordinary moment in the life of the city.