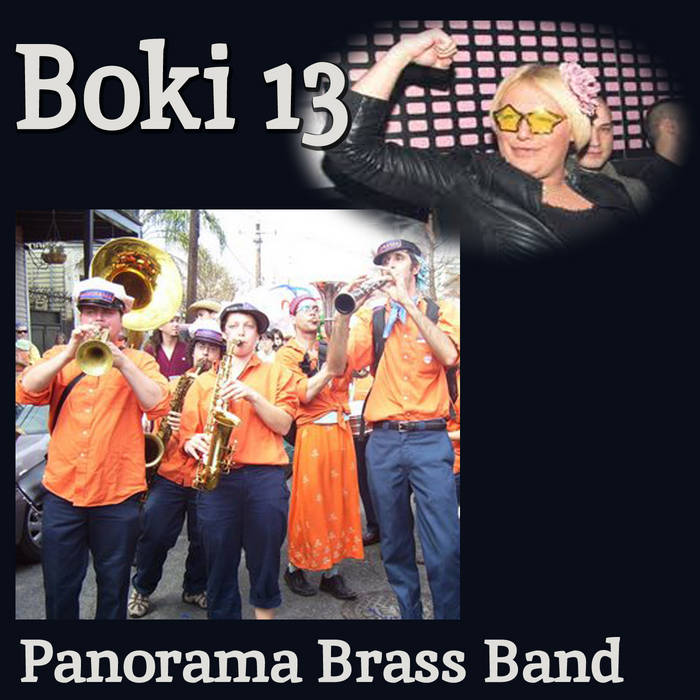 For our third annual Mardi Gras drop, we bring you a favorite of the Panorama Brass Band that always sets the crowd to rocking when the low brass and drums strike up the intro vamp.

"Boki 13", brought in by tenor horn man Don Godwin, is another from the legendary Ash Wednesday 2013 session at Piety Street Studios. The band, tired but tight after a hectic Carnival parade schedule, threw this one down in one take. It features a reggae-style back beat with quasi-hip hop swung 16th notes, some Q and A between the lead horns and a smoking trombone solo followed by a drum break.

Don, living in New York City at the time, also used to play with Zlatne Uste Brass Band ("Golden Lips") who specialize in music from the Balkan nations of southeastern Europe, especially that of the Roma people of Southern Serbia and Macedonia. ZU goes to Serbia every year for the Guča Trumpet Festival to compete and to learn from bands native to the region. On one such trip, in 2010, they travelled down south to the city of Vranje (pron "Vronya") and learned this tune from members of the Dejan Avdic Orchestra.

The title refers to a sensational Macedonian drag queen and entertainment personality, Boki 13. We admire him (his choice of pronoun) for his determination to be fully himself at all times no matter what the political climate and claim the same for ourselves and all people. This one in particular goes out as a celebration of non-conformists everywhere and anybody, whether considered “normal” or something else, who has ever had to take a stand for who they are.