Panorama Jazz Band feat. Davis Rogan - Enjoy Yourself (It's Later Than You Think) 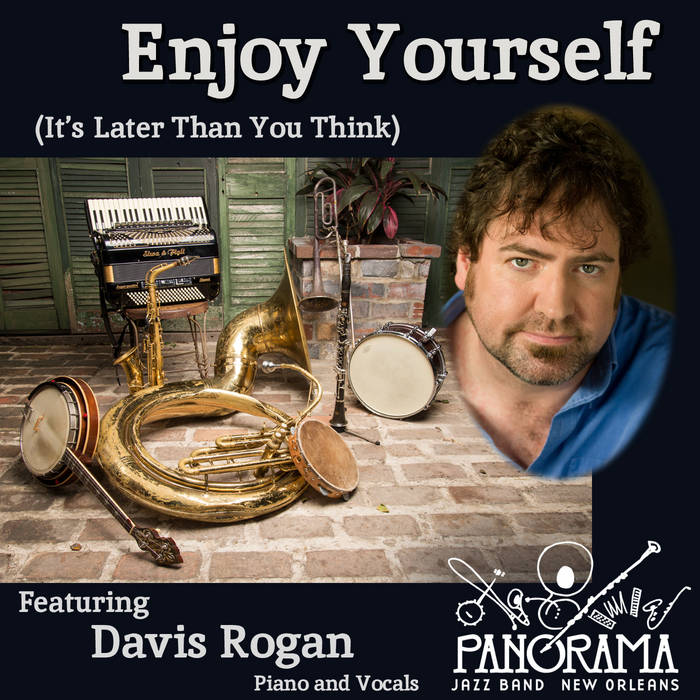 On September 1st, 2005, 11 years ago, the members of your personal Jazz Band all found themselves in unfamiliar places watching television as their hometown was inundated by the waters of Lake Pontchartrain and their compatriots struggled to survive in the chaos that ensued. Fortunately, clarinetist and bandleader Ben Schenck, along with his wife and her brother, piano-man, bandleader and songwriter - and eventual "Treme" (HBO) character - Davis Rogan, managed to find a soft place to land with good friends in Baton Rouge. From there they were able to plot their return to New Orleans.

Our offering for this September 1st features Davis and Ben playing and singing the perennial favorite, "Enjoy Yourself (It's Later Than You think)." They have each written a new verse on the same theme and Davis also gives a monologue in praise of those New Orleanians who brought a little piece of home with them wherever they went in the aftermath of the levee failures.

Also check out "Shame Shame Shame," our release for May, 2016,
which features Davis along with New Orleans chanteuse Jane Harvey Brown on vocals.

Ben:
You work and work, for years and years,
You're always on the go.
You never take a minute off,
Too busy making dough.
Some day you say, you'll have some fun,
When you're a millionaire.
Imagine all that fun you'll have in your old rocking chair...

Davis:
You save and scrimp, you scrimp and save,
You're toiling every day.
Then through a series of complex derivitave swaps
Your savings go away.
Stability is relative, you'll always have that fear.
My advice for investing is to buy your friend a beer.

Ben:
I met a man from 'round the block
With two artificial lungs.
Can't smoke no more, can't drink no more
But he still likes to have his fun.
He says to me, "I'm going down
But I'm still in the game you know.
So you run home and get that clarinet and I'll play the piano.