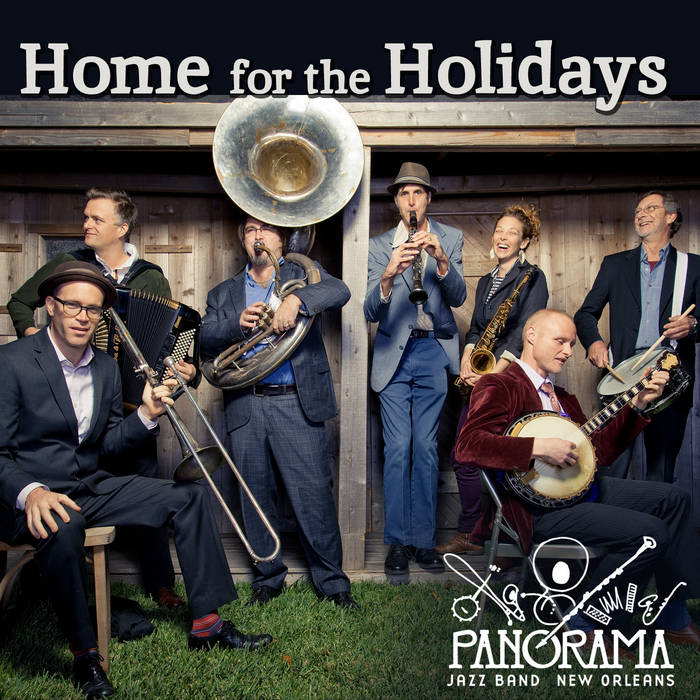 November's drop, which we're calling "Home for the Holidays," is an old collection of Hassidic melodies originally recorded in New York City, 1927, by the Boibriker Kapelle (featuring the legendary Dave Tarras on clarinet) under the title "Ch'sidishe Nigunim."

This track consists of two sections. In the first, a slow, stately march in Dm, listeners are treated, at the end, to an "eponymous chorus" from the all-male Panorama choir. Then the banjo kicks up a medium sher (scissors dance) and part two begins in D freygish, a major mode with a flattened 2nd, 6th and 7th scale degrees.

We envision a scenario where the protagonist is sad about not being able to get home for some holiday or another until, thanks to the Panorama Jazz Band, he or she is magically transported and walks in just as the celebration is getting under way.


Thanks to Ari Davidow at the Klezmer Shack for information about the original recording.

Thanks also to Reynaldo Lutz-Cruz who, as a small child several years ago, put the name of the band together with this musical theme.

Session engineered by Mike Seaman and Bill Deputy
Track mixed by Tim Stambaugh at Word of Mouth Studios, New Orleans
Thanks to Michael Schweppe for helping out in the studio
Graphic design by Daniel Murphy and Ben Schenck
Cover photo by Greg Miles