Panorama Jazz Band - I Almost Forgot About The Blues 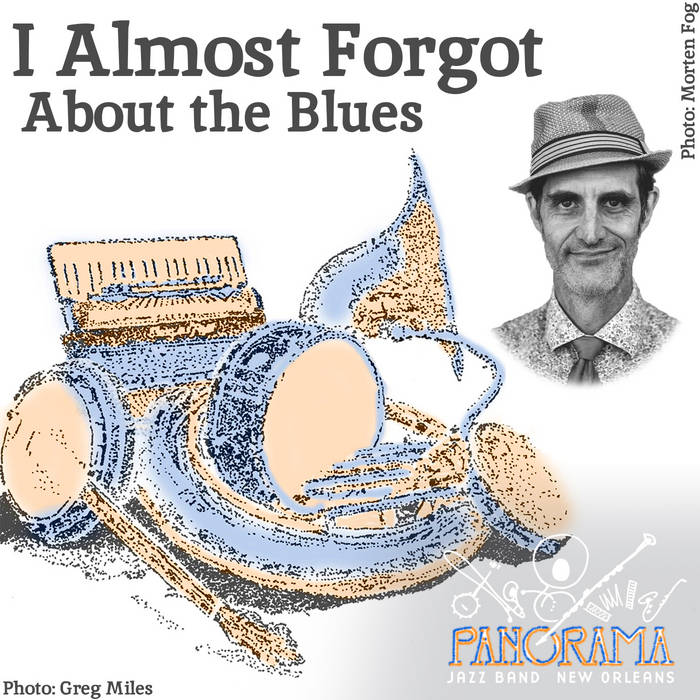 Back in July we gave you our take on a Booker T and the MGs hit, "Time Is Tight." This month we head back to Memphis to present a song from another local songwriter and performer. Charlie Wood is a keyboard man born and reared in Memphis TN, now living and working in London. He cut his teeth over many years on Beale Street with his own trio and then touring internationally with, among others, the legendary blues guitarist Albert King. His sound is steeped in Memphis Blues, Jazz and R+B but his songs always find a fresh angle, no small accomplishment in this over-saturated musical landscape.

I first heard Charlie's recording of today's song, "I Almost Forgot About The Blues," on NPR's satyrical news recap "Le Show," hosted by well-known New Orleans resident Harry Shearer ("The Simpsons," "This Is Spinal Tap"). On his weekly program Mr Shearer, a musician himself, likes to cut away to eclectic music that he digs. On one such occasion I heard "Almost Forgot" and (as so often happens) was instantly captivated.

Then I really couldn't rest until I'd learned it. It took a couple of years to get an arrangement together and then to get it onto the recording schedule. We hope you like the results and we really hope Mr Wood digs it! Let me know.

I almost Forgot About The Blues
Charlie Wood

I heard a woman speak kind words
I felt her touch and I saw her smile
Thought that love had finally come my way and I...
And I hoped that it would stay a while.
Yeah my heart and soul were happy
Til my head told them the news
That I almost forgot about the blues