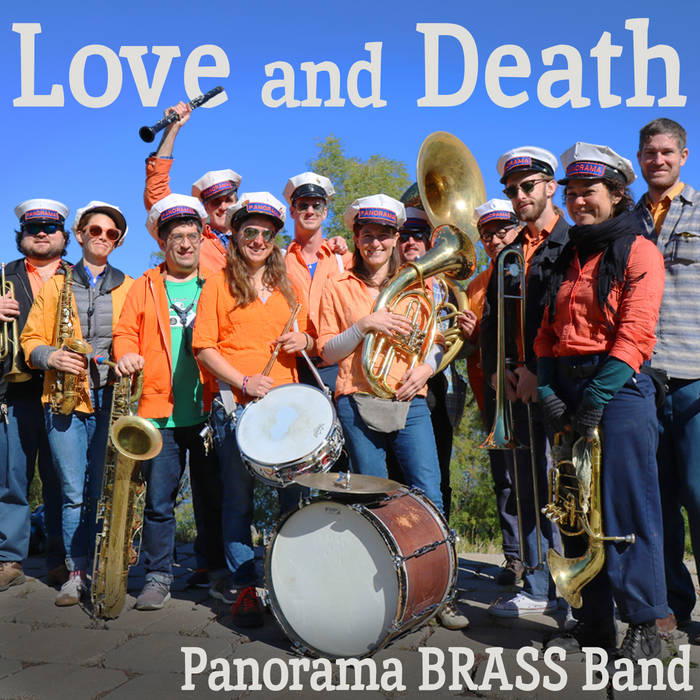 One of the coolest musical genres anywhere in the world is Highlife. Originating from present day Ghana, the style employs modern western instruments and draws from local folk traditions as well as a strong Afro-Cuban influence. And one of Highlife's primary standard bearers the past 60+ years has been Ebo Taylor, a guitarist, bandleader and composer from Accra, Ghana. Your song-of-the-month featuring the Panorama BRASS Band is a killer tune from Mr Taylor's repertoire called "Love and Death."

Trombonist Jon Ramm learned the tune when he played in a band in Portland, OR and brought the chart to Panorama a couple Carnivals ago. After input from several of our players, we came up with an arrangement that we thought we could manage to pull off in the streets and, like always, use to clear a path for ourselves and our krewe through the Mardi Gras crowds.

Our December 12th 2020 recording session at the Music Box Village was to be Jon Ramm's last with the band before he and his new spouse moved to Santa Fe. You can hear Jon's trombone solo on the rather spooky and moody "Muziqawi Silt," your song-of-the-month for March. Although the solo on the somewhat more assertive "Love and Death" goes to perennial show-stopper, saxophonist Aurora Nealand, we asked Jon to sneak in after a few bars and chase Aurora around the sonic environment a little bit.

Huge thanks yet again to Devin Dewulf and others in the Krewe of Red Beans/Dead Beans who paid for this recording as well as Rusty Lazer and the gang at the Music Box Village who obligingly hosted the session.